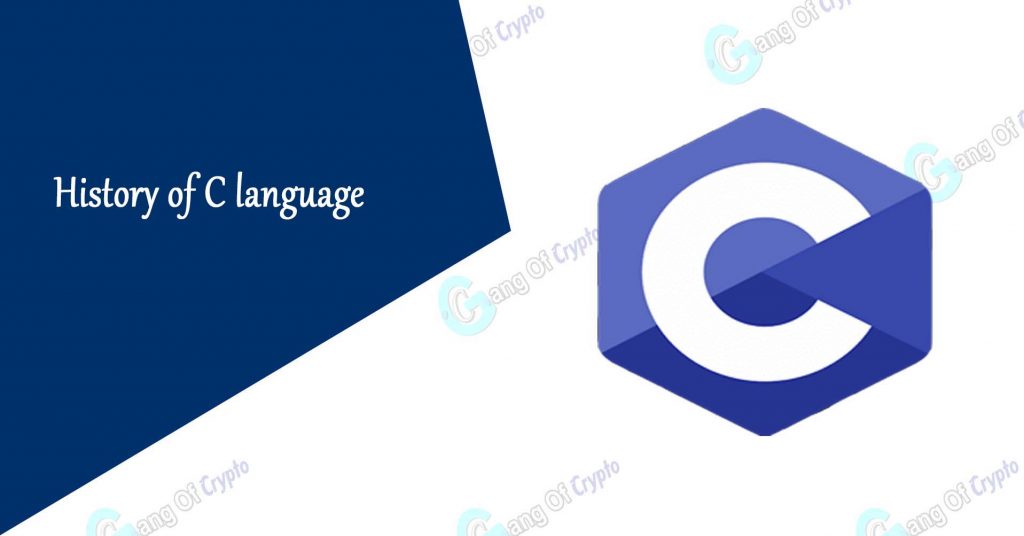 C language was developed primarily to be used in the UNIX Operating System development. It is also developed to overcome the problems of previous programming languages such as B and ALGOL.

There are only a few programming languages before the C language such as B, ALGOL. If we see year wise first is ALGOL which is a short word of Allgorithmic Language. ALGOL is a Algorithmic way of writing a program which is developed by International group in 1960. Secondly, CPL which stands for Computer Programming Language (CPL) developed in 1963. Thirdly, BCPL which stands for Basic Computer Programming Language (BCPL) developed by Martin Richard of Cambridge University in 1966.Fourthly, B language developed at Bell labs in 1969 by ken Thompson and Denis Ritchie combinedly. Later, the game-changer
C is been developed in 1972.

C language is developed by DENNIS RITCHIE in 1972. It is also known as Traditional C. Dennis Ritche, the developer found the C to overcome the lacked features of B language such a Slow processing and byte addressability.

The development of C is followed by the invention of UNIX the first operating system which is developed in 1970 at bell laboratories  of AT and T which stands for American Telephone and Telegraph located in USA.

C was developed in the year 1972 later in 1978 Dennis Ritchie and kernighan published the first book of C titled as “The C Programming Language”. C is tested by ISO ( International Standardisation Organisation) in 1979 then with some corrections in traditional C, ANSI came up with the second edition of C language book known as ANSI C in 1989 by ANSI  Committee. ANSI stands for American National Standard Institute which is likewise IUPAC for chemistry, ANSI is for Programming.

ISO C in 1990 by ISO committee, Later C99 in 1999 by Standardisation Committee. Whatever changes may happened C is the evergreen name and Programming language which is in use from 1972 to right now.

So, This is all about the C Language and it’s origin. Now, Lets Start the First ‘HELLO WORLD’ Program in C. Know how to write program IDE and Syntax here How to start C programming

What is C language

How to Start C Programming